Plants growing on the earth’s surface capture solar radiation, absorb carbon dioxide from the atmosphere, and draw water and mineral elements from the soil to create organic matter and thus ensure their development.

All plant organs, such as seeds, roots, stems, and even leaves, can become sources of energy or fuel thanks to their composition of oils and glucose. But some plants lend themselves better than others!

There are two main types of first-generation biofuels: diester for diesel engines, and bioethanol for gasoline engines.

Diester: a question of oils

For the diester, the fatty acid composition of vegetable oils is decisive, because the oils must be very stable with respect to heat.

In this perspective, the sunflower is a particularly interesting plant because its oil is composed of a great diversity of fatty acids. In 2006, a selection program was also launched from 76 sunflower ecotypes. 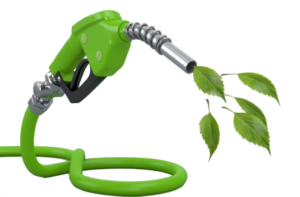 Should plants be adapted?

Yes, because for biofuels to be economically viable, the plant must be as easy as possible to transform. The breeders, therefore, look for varieties more interesting. For sugar cane and beet, the richness in sugar, and therefore potentially in alcohol, is a permanent selection criterion. As for wheat, corn, and potato, research is currently focusing on the content and quality of starches.

Do biofuels compete with food needs?

Biofuel production has generally developed as a complement to food production and not as a substitute. Even if the possible competition with food production remains a point of vigilance, it has allowed many countries to be less dependent on oil imports and to create production sectors rich in jobs.

In addition, the current trend is to transform the “waste” from field crops (the stalk and leaves of corn, for example) or to produce biofuels from non-food plants that consume less input. 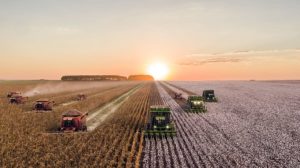 According to the Food and Agriculture Organization of the United Nations, it will be necessary to increase agricultural production by 70% by 2050 to be able to feed 9.1 billion people.

The challenge of tomorrow, therefore, has several dimensions: we must produce more to feed more mouths, ensuring a balanced diet for all and more respect for the environment.

This involves agriculture, which consumes less energy (and other energies than oil), less water, and preserves water and soil quality, but the changes will also come from our consumption choices and our behavior.

In thezpoorest countries, the majority of losses occur at the time of harvest (15 to 35% loss in the fields) and at the time of manufacture, transport, and storage (10 to 15%); 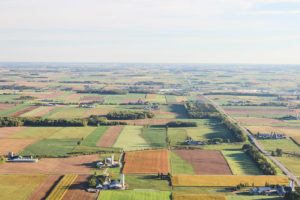 Adopting food choices that have less impact on the planet

Each food has a higher or lower environmental impact. Everyone can act at their level to ensure a quality diet that also helps conserve resources.

Above all, it is a question of having the most diversified food possible by applying two main principles:

What place for biofuels?

To reduce greenhouse gas emissions from thermal cars, manufacturers have developed cars running on biofuels. From cultivated plants such as cereals, beets, rapeseed, or sunflower, soybeans, or oil palm, they are an alternative solution to fossil fuels.

In some countries (notably in Latin America), the cultivation of biofuels can compete with food production. It is to avoid this that important research is underway to develop biofuels 2nd generation. The latter comes from, among other things, biomass (wood, straw, etc.), algae, and, more generally, living organisms. They are expected on the market by 2020.

In order to allow equal access to food, experts propose to further develop subsistence farming in developing countries. It is a “self-consumption” agriculture directly linked to food, most of whose production is consumed by the farmer and his family. Only the surplus would be sold on local markets.